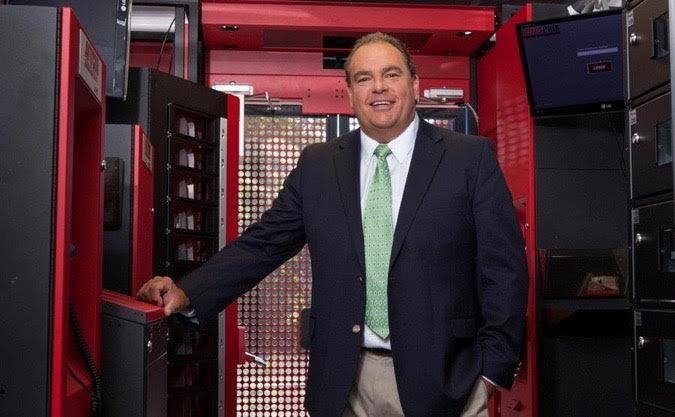 Our own Jim Terry was featured in a recent edition of Crain’s Detroit Business.

The April 8, 2018 article explains that Jim – PF Markey Owner and CEO – didn’t set out to build an international company that sells vending machines and tools to businesses.

After graduating from Saginaw Valley State University in 1986, Jim joined the 3-person team at PF Markey. He planned to work a few years to gain sales experience and then pursue a career selling pharmaceuticals. His plans changed, though. Jim discovered he had the vision and drive to transform PF Markey from a small, local operation into what it is today – a national distributor of tooling parts. Today, PF Markey employs nearly 60 people and has offices around the U.S. and Ontario.

The story of how Jim built this company is inspiring. Best of all, though, is that Jim isn’t done. He has a vision and plans for the company to continue growing.