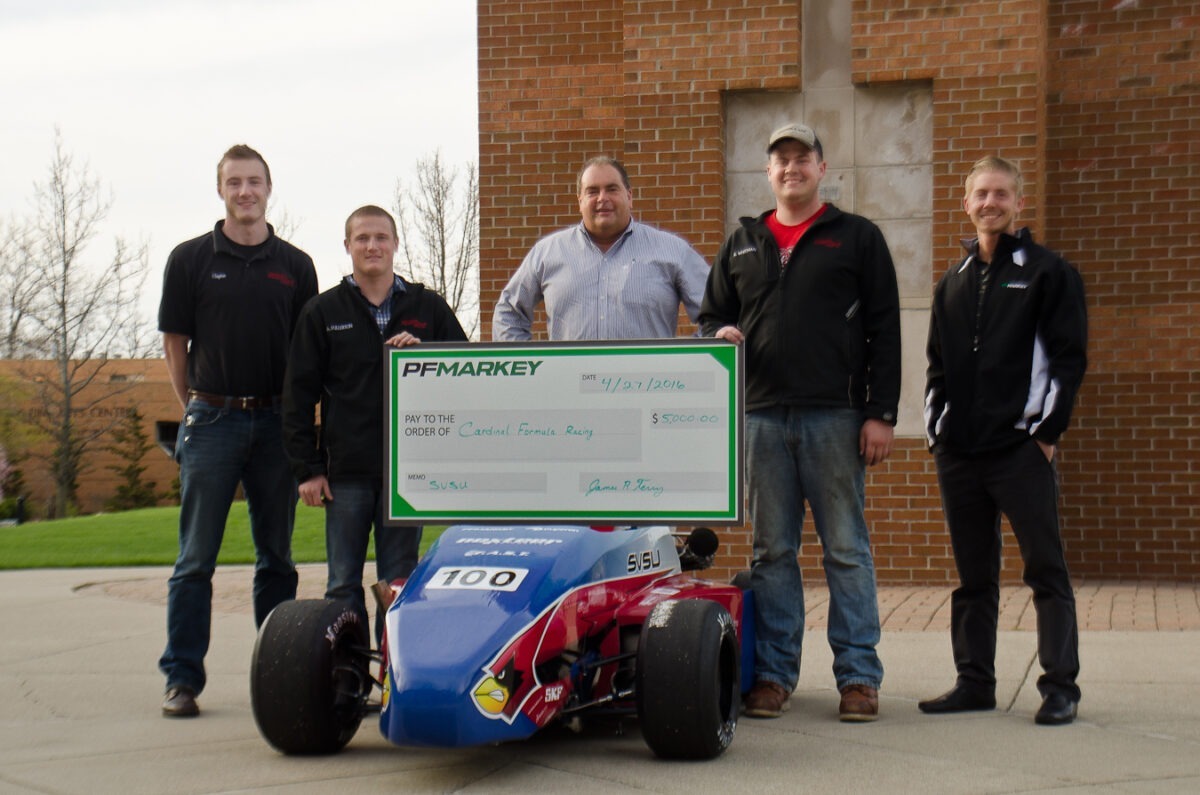 Good luck to the Saginaw Valley State University’s Cardinal Formula Racing team, which goes to competition next week. PF Markey is proud to donate $5,000 to help the 2016 team, which includes our own sales manager, Joe Wisniewski.

Every year, the SVSU students build a car from concept to completion to compete in the Formula SAE Collegiate Competition Series. This year’s competition is May 11-14 at Michigan International Speedway in Brooklyn, MI. The Formula SAE series is one of the largest engineering competition series in the world, with nine international events and over 300 student lead teams worldwide.

In 2015, the SVSU team finished in 26th place out of 110 colleges and universities from around the world. SVSU finished highest among institutions without a graduate program in engineering.

Cardinal Formula Racing provides students with a hands on opportunity to learn. As part of the competition, they are judged on design, cost analysis, sales pitch and testing.